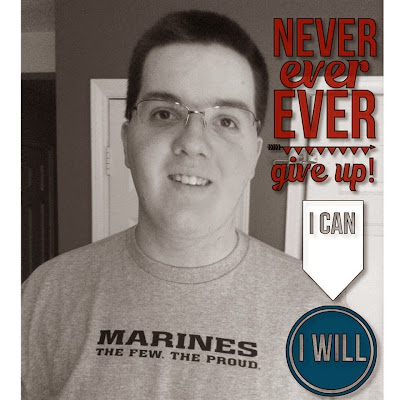 My heart is pounding and I can feel my blood pressure climbing through the roof.  I know I've posted about issues with autism and dealing with people who just don't get it but this honestly has ticked me off to a new record high.

I won't go into the entire background history of Linz and Zach's schooling and their internships provided by the school system.  Suffice it to say that they have been very well taken care of as far as having great teachers and assistants who have worked with them and helped them with skills and training for the "real world".  Linz interned at 4 different libraries before settling at one of our local public libraries where she now volunteers five days a week shelving books and helping out.  We have still been unable to find anyone willing to hire her.  Go figure.  She's far more organized and much more meticulous with paperwork and general office work than many "experienced" adults I've met.

Zach graduated from high school in 2010.  For those of you not familiar with special education, students with special needs can stay in school until they turn 22.  After graduation they return for more "life skills" classes and transition activities and hopefully internships with local businesses to help them find employment.
Zach worked two internships last year.  The first at the offices of the Amputee Coalition of America and the other at the Community Thrift Store.  At the ACA he stuffed envelopes and helped with general office tasks.  He was meticulous.  They were SO impressed.  Alas...no money to hire extra staff.
At Community Thrift Store he would help sort donations, collect hangers and sort them and help organize the book donations.  He rocked it.

So...when this school year began we found out that he was going to be doing an internship at our local Red Lobster restaurant.  We (along with his teacher) were very excited because in the past some of the students from the program were eventually hired at local restaurants and they were so successful.
Now....Zach is pretty non verbal so its not like he can come home and tell me all about his day....who said what....who was nice....who was a jerk etc.  It's absolutely TERRIFYING not knowing how people are treating my child.  Seriously...like "cold sweat" scary.  Most days when I ask, "How was your day, Zach?" he will respond with "Was it good?".  I know.  Makes no sense. Right?  It is what it is.
So I had signed the paperwork giving permission for him to start at Red Lobster.  There would be an instructional assistant accompanying him every time he went etc.  Well....a couple of weeks ago he started his "every other day" internship routine.  I would ask, "Did you go to internship today?" and he would usually say, "Yes.  Napkins and knife and forks."  Um...okay.

Now since I work in the school system I know most of the teachers and assistants at the other schools.  I see some of them regularly.  So today I happened to see an assistant who comes with 2 special ed students to intern at my school.  I knew that she had gone with Zach before and had told me how much she just "loves him".  I went over to her this morning and said, "Hello" and I told her that Zach came home yesterday and mentioned something about Community Thrift Store.  I told her I thought that was odd since his new internship is at Red Lobster.  She got a strange look on her face and said, "Did you hear what happened last week?".  Ok....my heart stopped.  I said, "Um.....nope".  She said, "The bus took them to internship (Zach and another sweet girl in his class) and they turned the bus away.  They wouldn't let them stay".  (She thought that this happened at Community Thrift but it turns out that it was at Red Lobster)
Ok...WHAT?

Fast forward to tonight when I talked with his teacher who told me what had happened.  (I'm FUMING!!!)
Apparently at Red Lobster he had been given the task of wrapping silverware and preparing it for customers.  Silverware wrapped in paper napkins for lunch time and cloth wrapped silverware for dinner time.  The assistant from school had been there with him the whole time/every time.  Last week, when their bus showed up at Red Lobster, the manager opened the front door and stood in the doorway, blocking the entrance and said, "You don't need to come in.  We don't need you here."  The assistant asked her what she was talking about.  The manager repeated herself and said, "We don't need THEM here.  I guess if you need to wait the two hours for your bus to come back and get you they can sit in the lobby."
(I'm nauseous as I even type that!)
So....they called transportation and the bus came back and took them back to school.  The teacher said that the internship coordinator found out that Red Lobster said that the silverware wrapped in cloth napkins was done perfectly but the ones in the paper napkins had the silverware peeking out of the top of the bundles and they needed to be "completely encased".  The assistant who had been with them since their first trip said they were NEVER told that.  Even so....why wouldn't they show them the correct way and let them continue???  Seriously???

All I want is a place for my kids to be happy and productive.  A place to feel they belong and are appreciated for the wonderful human beings they are.  They are BOTH so very sweet and happy and such hard workers.  I don't know about you but I've come in contact with some pretty useless, unhappy people in my shopping travels....eating out excursions etc.  Why won't anyone give them a chance???  I know God has a plan.  I KNOW IT.  I just wish He would reveal it.  I'm sitting here tonight feeling tired...bone tired.  I know there are millions of people who have way worse problems to deal with than ours.  I do.  I get it.  I'm not asking for anything for ME.  I want this for THEM.

For those of you who know my husband, you know how calm and low key he is.  He doesn't get mad often.  In fact, I'd really have to think hard to recall when he was mad last.  Well....guess what?  He's TICKED OFF tonight!!!  He's going to write a letter to the Red Lobster corporate offices.  Lord help the rude and hateful manager from the Manassas, VA Red Lobster.  They haven't heard the last from us.
We will NEVER, EVER set foot there again.
Working in special education I keep one thing in the front of my head at all times.  No matter how hard a child is to deal with....no matter how frustrating they can be....no matter what....we ALL need to remember one thing....
They are ALL someone's child.  They are ALL someones prized possession.  We are entrusted with them for a few hours each day.  No matter how "hard" it may seem to deal with them...they are ALL someone's child.  For those people like the manager at Red Lobster....I pray God doesn't give you a child with special needs.  You obviously would have NO CLUE what to do with that precious gift.
Thanks for letting me pour it all out here.  I appreciate it more than you know.
Blessings,
Michelle