I'm sorry I haven't updated with projects in a bit.  I thought I'd post an update so you'd know the reason why.  If you've followed my blog for awhile you've been here through all three surgeries on my ankle.  The short version on how I got to where I am today....I rolled my ankle at work....went to the hospital with it black and blue...swollen and painful....had xrays....was told it was "just sprained" and three months later was still in pain.  I was referred to a specialist who found that it was actually broken.  I had to have surgery to re-break it and fill it with cadaver bone.  I was in a cast for 8 weeks....blah, blah, blah.

After that we hoped it was repaired and good to go.....um, not so much.  I was still in pain and my body grew LOTS of scar tissue around the sural nerve.  Had to then have another surgery because the pain was getting intense again and I wasn't healing.  I was still seeing the specialist who started giving me nerve block shots along with cortisone shots too.  They were ridiculously painful and didn't last long.  He finally told me that my only option was to remove the sural nerve which meant a third surgery.  Ugh.

I had the third surgery 3 1/2 weeks ago.  Since then my incision has developed an infection and because of the cortisone shots, my skin is now thinned and the wound won't close.  I'm on the third antibiotic and Mike has to change the bandages twice a day.  All the stitches are out because they weren't really doing anything.  Friday morning when he changed the bandages he looked shocked.  (P.S.  He's been more than a trooper)  When I asked him what was wrong he said, "I think I'm looking at your bone".  So the new plan....after 3 thousand calls back and forth between me and the doctor (ok...a little exaggeration....but just a little) I now have to have  treatments 3x a week with something called the "Wound Vac".  The equipment was delivered yesterday in a huge box.  I'm not sure I want to know what's in there.  Hopefully I can wait til my appointment on Tuesday for the first treatment. That's the plan if nothing changes before then.  Until then, we just continue the saline treatments here.  The doctor is worried that the infection will go to the bone and in that case (worse case scenario) I could lose my foot.  I'm not going there.

Oh....did I mention that Worker's Comp denied the original claim???? (NO KIDDING)

So...please be patient with me in the next few weeks.  I may not be posting regularly but I do promise to as much as I can.  I will still be creating in my studio. That's for sure.

Blessings to you my friends, 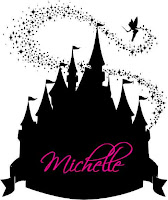